West Bengal Board of Secondary Education (WBBSE) has announced the Date Sheet for West Bengal Madhyamik Pariksha 2015 for Class 10th students studying in government-aided schools across the state. The date sheet is available on the WBBSE’s official website at -- www.wbbse.org.

As per the released time-table, the West Bengal Madhyamik Pariksha 2015 for Class 10 (both regular & external students) will be conducted from 23 February to 04 March 2015. The examination will be held in only one paper on each day from 11:45 AM to 03:00 PM.

The dates for Physical Education & Social Service & Work Education are as follow:

As mentioned in the given time table, the examinations in Shorthand and Typewriting will be held at Kolkata and Siliguri only. The venue and date will be announced later.

About WBBSE
The West Bengal Board of Secondary Education (WBBSE) is an autonomous examining authority that executes under the West Bengal state government. It is responsible for the Standard 10 examination (or secondary school level examination) of West Bengal, India. It has its headquarters at Park Street in Kolkata, India. 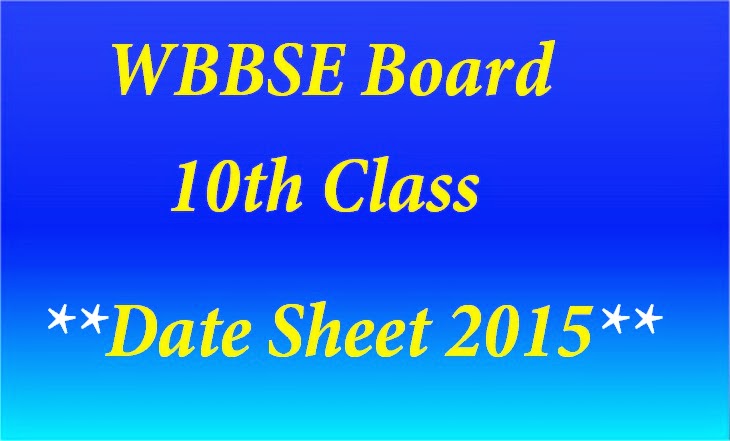