Indian Institute of Technology aspirants and their parents made a beeline to the famed Ramaiah Institute at Nallakunta here on Wednesday with the issuance of application forms for admission into the institute beginning on Saturday. With noted mathematician and teacher Chukka Ramaiah at the helm of affairs, the institute trains students for entry into the world-famous IITs and has a track record of sending the highest number of students from the State into them.

The Institute Conducts  IIT Ramaiah Scholarship Aptitude Test (SAT).  Students who are interested to appear for IIT Ramaiah Scholar ship Aptitude Test . Sri Chukka Ramaiah, popularly known as IIT Ramaiah, is an eminent educationist and IIT Guru Brahma. He is giving coaching for IIT–JEE since last 35 years with 90% to 95% success rate. He will take 160-180 students only every year and selection criteria is student's performance in ‘Scholastic Aptitude Test‘ (SAT) to be conducted by him every year in last week of April or first week of May. Applications for this test will be sold on 1st April (One day only) of every year.

Very talented students are about to withstand the rigor of the preparation and achieve success in this test. That's why it is often commented that 'getting seat in Ramaiah's institute is difficult than to get seat in IIT-JEE. This is because competition is so tough. Not only from AP and Telengana States, but students from Kashmir to Kanyakumari and USA/Gulf countries attend for his entrance test ever year.

Eligibility to write IIT Ramaiah SAT 2015 : Those who appeared for SSC or 10th in that year only. Test will be in Maths, Physics & Chemistry only. 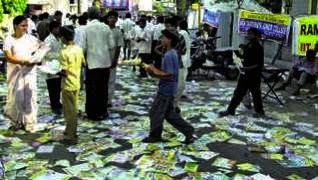