The CBSE will provide the facility of downloading Admit Cards of AIPMT - 2015 along with an encloser of a format for pasting of Postcard size photograph on the Board’s website. Candidates are required to download the admit cards from the website and follow the instructions given therein. Candidate may please note that admit cards will not be sent by the post. The schedule of hosting of admit cards on website www.aipmt.nic.in is 01/04/2015.

The Admit Card will bear the candidate’s Roll Number, Name, Father’s Name, Category, Sub-Category, Photograph, Signature, Date of Birth, Language of Question Paper with Name and Address of AIPMT - 2015 Examination centre allotted. The candidate should carefully examine the Admit Card downloaded by him/her for all the entries made therein. In case of any discrepancy, the candidate should immediately inform the Board. In such cases, candidates would appear in the examination with the already downloaded admit card. However, Board will take necessary action to make correction in the record later.

In no case, the duplicate Admit Card for AIPMT - 2015 would be issued at the Examination Centres.  Candidate must not mutilate the Admit Card or change any entry made therein. Candidates are advised to preserve their Admit Cards in good condition till admission in Medical/ Dental Colleges is over.

CANDIDATES ARE ADVISED TO BE IN TOUCH WITH NEW/EVENTS IN THE AIPMT WEBSITE AND REGULARLY CHECK THEIR E-MAILS AND SMS ON GIVEN MAIL ID AND MOBILE NUMBER FOR LATEST UPDATES AND INFORMATION.

The Candidate should report with downloaded admit card and with proforma which is an attachment of Admit Card duly pasted Post Card Size Photograph on it at the allotted Examination Centre. During the examination time, the invigilator will check Admit Card of the candidates to satisfy himself/herself about the identity of each candidate. The invigilator will also put his/her signatures in the place provided in the Answer Sheet on SIDE-1. A seat with a roll number will be allotted to each candidate. Candidates must find out and occupy their allotted seats. If a candidate is found appearing in the Test from a seat or room other than the one allotted to him/her, his/her candidature shall be cancelled.

A candidate who comes after the commencement of the examination shall not be permitted to appear in the examination. Candidates are not allowed to carry any textual material, printed or written, bits of papers, envelope or any other material except the Admit Card inside the Examination Hall. Calculators, Slide Rules, Log Tables, Geometry Box, Electronic Digital Watches with facilities of calculators, cellular phones, pagers or any other electronic gadget are not allowed inside the Examination Hall. Candidates are advised in their own interest not to bring any of the banned items including Mobile Phone to the venue of the examination as arrangement for safe keeping cannot be assured.

No candidate will leave his/her seat or the Examination Room/Hall until the Test concludes as per schedule. Candidates should not leave the Room/Hall without handing over their Answer Sheets to the invigilator on duty. In case of emergency or on medical ground, candidates may take special permission of the Centre Superintendent and Observer on duty and the same should be reported to the Board in writing by the Centre Superintendent and the Observer. Candidates are advised to bring with them a card board or a clip board so that they have no difficulty in marking responses in the Answer Sheet even if the tables provided in the Examination Hall do not have smooth surface. These will not be supplied by the Board. Smoking in the Examination Hall during examination hours is strictly prohibited. Tea, coffee, cold drinks or snacks are not allowed to be taken by the candidates into the Examination Halls during examination hours.

The Test will start exactly at the time mentioned in the Admit Card and an announcement to this effect will be made by the invigilator. A signal will be given at the beginning of the examination and at half-time. A signal will also be given before the closing time when the candidate must stop marking the responses. The candidate must sign twice on the Attendance Sheet at the appropriate place, first time immediately after the commencement of Examination and second time while delivering the Answer Sheet to the invigilator. The candidates are also required to put their Finger Impressions in the space provided on the Attendance Sheet.For those who are unable to appear on the scheduled date of test for any reason, re-test shall not be held by the Board under any circumstances. 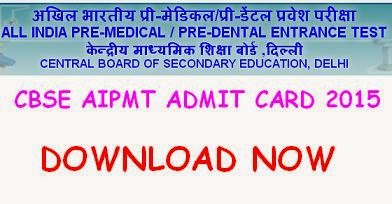