The Maharashtra Board Class 12 exams were conducted for the month of February and March. The exam started. The exams took place in two shifts, i.e. morning and evening shift.

Lok Shabha election slowed down the evaluation process and candidates were worrying over the declaration of the results . Last year the results were announced on May 30. Pass percentage recorded for fresh candidates was 79.95 and for repeaters was 29.47. Girls outshined boys in the overall pass percentage.

The students who appeared for the exams can take a print out of the same from the official website even before they obtain their mark sheets. The mark sheets will be available to the students, June 10 onwards, from the respective colleges.

Candidates not satisfied with their marks can apply for verification, but only after they receive their original mark sheets. For verification, the candidates will have to submit the applications before June 20. The Board officials also informed that the students who wish to apply for the photocopy of the answer sheets can apply and send their applications to the respective divisional boards.

Maharashtra State Higher secondary exam (HSE) for the academic year was held in the month of February / March 2017. A total of 13,37,114 have appeared for the examination. Out of these, 4,50,176 have appeared for the science stream, 4,66,723 from the arts stream, 3,62,705 from the commerce stream and 54,347 from the vocational stream and the result of their effort will be declared and will be available online as well as on mobile through SMS. 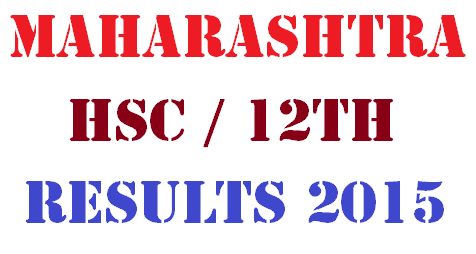