The Department of Pre-University, Government of Karnataka is the organization for implementation of higher secondary education in the state and now the PUE KAR Board released the Karnataka 1 PUC Annual Time Table 2014 & Karnataka 2 PUC Annual Time Table 2015 through online official website http://pue.kar.nic.in/. We are at our website Manabadi Results - www.aptsmanabadiresults.co.in also below provided the Time Tables for Annual Examination 2015. 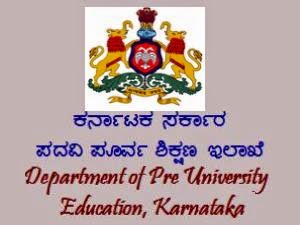