Candidates who have passed SSC or its equivalent & recognized by the Board of Secondary Education,
A.P., Hyderabad are eligible. The candidates who have compartmentally passed or appearing for SSC are also eligible to apply. However, they must have passed in all the subjects before seeking admission.
Detailed information regarding eligibility, age and syllabi etc. are given in the “POLYCET-2015 which will be supplied along with the APPLICATION FORM and is available for sale at at all Govt Polytechnics, Private Polytechnics and AP online / TS Online / Mee Seva and E Seva centers, for details visit http://sbtetap.gov.in.


According to the estimation, around 96,000 seats are filled from the AP region alone, for the AP POLYCET examination. The results are expected to be published on the 6th June 2015. This year, more than 2.5 lakh candidates are applying for the entrance examination. It is mandatory to read all the instructions carefully before applying for the examination form online. The mistake committed once cannot be omitted again and this can have a serious consequence on your certificate or result sheet. Therefore, fill the form will patience and full concentration.

With the ongoing demands for government jobs, more and more people are opting for a course which can serve them employment in near future. The diploma courses are also short term courses which helps candidate add a specialized degree if they are already pursuing a bachelor course. AP POLYCET examination is hugely popular among the students in the state of Andhra Pradesh. Competition is stiff, seats are moderately available but it is always better to give your best in the examination. For, the better the result, more are chances of getting employed in the government sector with a decent salary package. 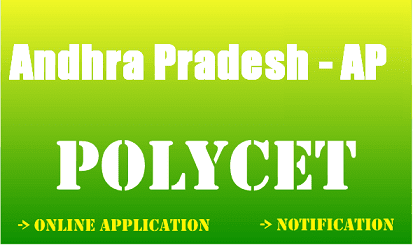