The Dates of the Entrance Exams which are going to be conducted in Andhra Pradesh are provided here below. JNTU Kakainada will conduct the AP EAMCET 2015 and JNTU Kakinada Vice Chancellor is appointed as convener for AP EAMCET 2015.

Among 1.65 Lakhs students were going to appear for AP EAMCET 2015 Examination on 14 May 2015 as date fixed and declared by AP Education Minister Sri Ganta Srinivas today 25 February 2015. Along with the EAMCET other Entrance Examination Dates were also announced by the Minister for Education, Andhra Pradesh which are provided below. 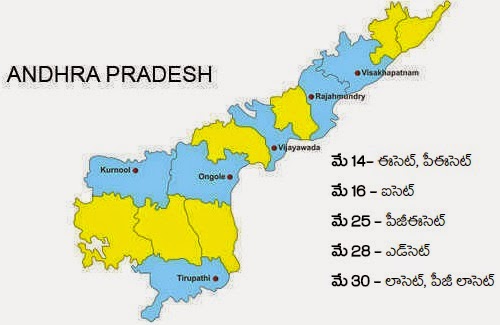