Telangana State is already released the Detailed Notification for conduct of the TS EAMCET 2015 across the (10) Districts of Telangana State through JNTU Hyderabad. The Syllabus for Telangana EAMCET 2015 Engineering, Agriculture and Medical Streams also provided online for download. We are here providing the details below here at this website for you.

The syllabus is designed to indicate the scope of subjects included for EAMCET-2015. The topics mentioned therein are not to be regarded as exhaustive. Questions may be asked in EAMCET-2015 to test the student’s knowledge and intelligent understanding of the subject. The syllabus is applicable to students of both the current and previous batches of Intermediate Course, who desire to appear for EAMCET-2015. 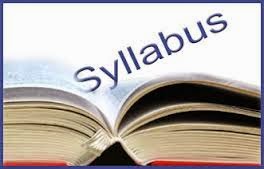